I have been teetering on the edge of decision making in the bathroom for many months. I can’t overstate how much I have been looking forward to a new bathroom, not just because new bathrooms are lovely. But because ours has had a hidden dirty secret for the last few years. It was fitted very badly soon after we moved in six years ago and I just didn’t do the proper research I should have on potential trades people. It all looked very lovely, but as the months went by and sink taps exploded flooding the bathroom, or pipes came loose under the bath, the cracks had begun to show. Having had numerous emergency plumbers in, we knew that the work was akin to a bad diy bathroom we could have installed ourselves.

How the bathroom looked:

.
The thing that worried me most was the shower fixture built into the wall, having had numerous leaks fixed and tiles relaid, it was the final culprit we suspected was dripping a slow leak through into our kitchen. I have awoken in the night thinking about just how we were going to find the funds to tackle this many a time, whilst trying not to allow my mind to tick over to the terrible havoc water leaks can cause in a home.

For very practical reasons, but also because the design was really starting to look tired, I was delighted when London-based luxury bathroom company Kallums got in touch to see if I’d like to collaborate on a new bathroom design. There were many things about the bathroom which after six years of use just didn’t work for us anymore. I had designed the space using lots of vintage pieces, this had saved me money and given character to the room, but I have to admit that as the bathroom started to slide so did my daily polishing of the vintage vinyl cupboard used as a vanity and the nineteen thirties scissor mirror was beginning to fox. I was sick too of the white metro tiles which felt like a nod to the past when we put them in but now are completely ubiquitous to modern bathroom design.

Working with a luxury bathroom company meant that I wanted to create a look that was made to last. The words I had in mind were minimal, modern, and either stylised or rustic. Which is actually a very open ended brief since I had two different looks I was attracted to. I had a vague idea that I wanted to bring some mint-y green into the space as it’s a colour I love and haven’t decorated with for many years. I also knew that I didn’t want to opt for metal ware that is currently in vogue, so we wouldn’t be having brass again, or black which, though beautiful, is terribly prone to limescale damage. I also did a little research on the brands Kallums work with and knew that I wanted a Kast concrete basin.

So, when Kallums bathroom designer Xavier first visited, I had a fairly open mind to what we may create. He assessed the space, coming up with great ideas to maximise space whilst concealing clever functions that will make the bathroom feel effortless to use. Once he had collated my preferences for function and form, I visited him at Kallum’s lovely showroom in Putney, to see a virtual rendering of the bathroom. At this point I could see that one of my loose inspirations – the Art Deco marble bathroom at Casa Serralves in Porto – was not going to work in our tiny space, but that something with irregularities alongside a rustic feel was more in line with how I wanted our bathroom to feel.

Xavier at Kallums render of the new bathroom

I really enjoyed soaking in the inspo at their showroom, and it was a great opportunity to discuss metal finishes (I had no instinct before I visited whether brushed nickel, chrome, silver, or stainless steel were what I wanted). It was also useful to see how the Kast basins looked in real life and to hold the sample chips (these bespoke basins come in 31 designs and 28 colours). I had thought very carefully about how to improve the feel of space when we last made over the bathroom (we rehung the door, put the vanity cabinet on legs so that we could see floor etc) and from the presentation I gained a real feel of how much space each of our configurations would take up, which was really helpful.

I left with some definite choices, a clearer idea of the look I was going for, faith in Xavier’s expert knowledge and skills, alongside a journey to find the perfect tile (nearly a hundred samples before I could choose!). Work on the bathroom has started this week, we have had the window replaced and are back to lathe and plaster on many of the walls, and whilst some of my choices are hinted at in this piece (particularly on the mood board below), I can’t wait to show you the final result! (and to be able to wash somewhere other than the kitchen sink!). 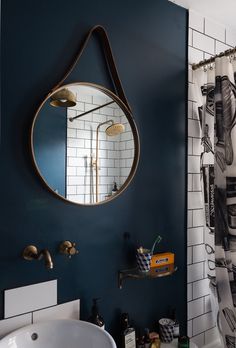 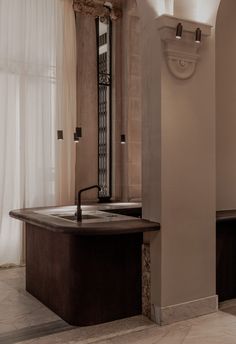 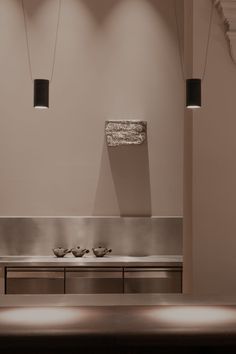 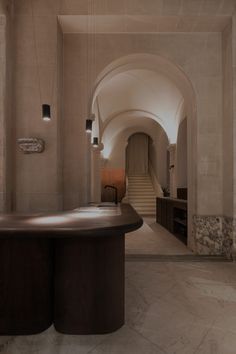 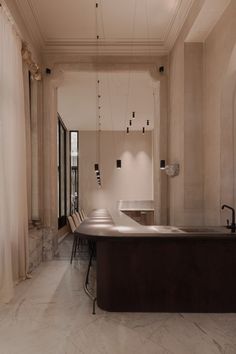 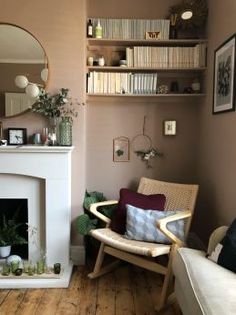 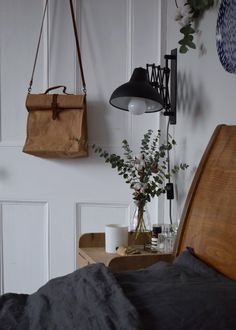 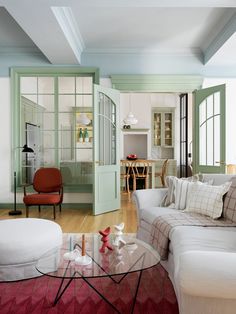 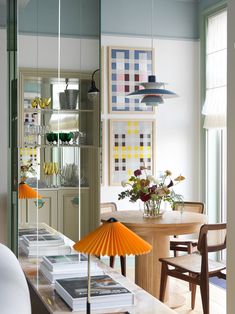