What’s your favourite colour? When was the last time someone asked you this? I know, past high school dating games in girls magazines I’m not sure I’ve thought about this or considered it important for over twenty years. Which is odd as I am a pretty colour obsessed person. But committing to just one? That sounds like an awfully big commitment to me. Far bigger than who you choose to spend your life with say! Happily, for those of you that are slightly more balanced than I, somebody does want to ask you this. G.F Smith who have been manufacturing quality paper of all colours and hue since 1885, along with Colourplan, are trying to ascertain what the worlds favourite colour is. I know, it’s a pretty big undertaking, but what a heroically democratic approach to colour. We are so used to being bombarded by trends and being told what we’ll be craving before we’ve even seen it or having colours defined as things like ‘millennial pink’ (the new neutral if you want to know), that to actually be asked is a bit of a surprise, a breath of fresh air even. They’ve set up a website with an interactive colour display for you to tap and select your hue which will then be logged under your surname, mine is Matthews Green, I know that was pretty inevitable, right? But be careful with your surname or you could end up with an anomaly like fellow blogger Martyn of Martyn White Designs who also chose a green immortalised as White Green. The idea is pretty cool though, huh?

Alongside a tour of G.F Smiths London home, including the fabulous paper installation you see above, we were also treated to an evening of paper cutting with paper cut extraordinaire Poppy Chancellor and you can see the result of this below. I need to point out that this is Poppy’s design and I merely cut it out, but I’m more than a little proud of the result since I had more than one glass of prosecco in hand at the time and still bear the scar on my hand from an attempt at Lino cutting at school. I love silhouettes though so if I can continue to trust myself with a sharp knife I think I may give some designs of my own a go.

The worlds favourite colour is due to be announced in this years city of culture, Hull, in July, so you have a few weeks to cast your vote here. Who knows what shade will win, but from a brief survey of my fellow bloggers who’d taken the test there was a preponderance of both reds and green-blue’s amongst the last 1,000 votes we viewed. Who said we’re all sheep herding our way through a millennial pink haze?

Colour: Farrow & Ball's shades of 2017 (and how to use them in your home)
Colour Focus: Green Interiors
Colour Launch: Preview Nine New Paint Shades from Farrow & Ball 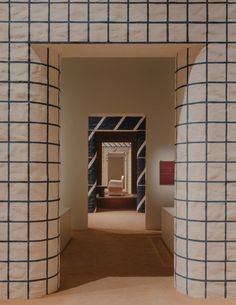 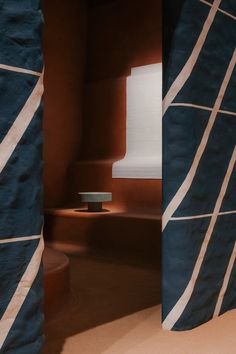 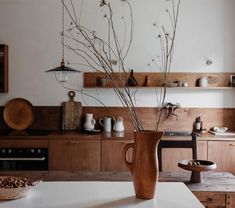 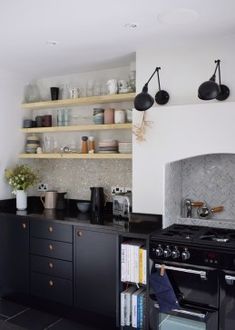 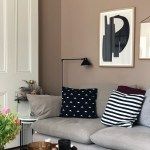 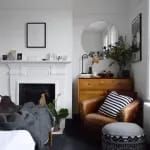 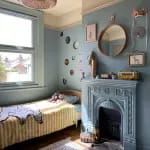 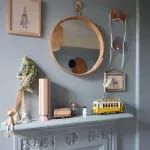 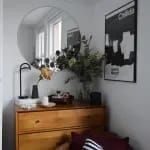